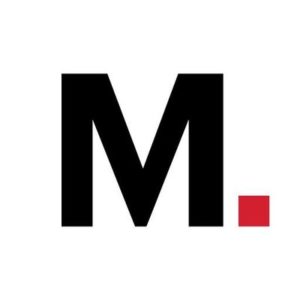 NEW YORK – March 5, 2018 – Marino, a strategic communications firm with offices in New York, Los Angeles and Boston, announced that Bono – Sicily’s largest producer of extra virgin olive oil – has joined the agency’s growing roster of food and beverage accounts.  As the Sciacca, Sicily based company continues to expand its U.S. distribution, it has tapped the 25 year old agency to lead a media relations and digital program, as well as other marketing activations.

“A family-owned company offering a superb product, Bono is already one of Italy’s most respected and popular extra virgin olive oil brands,” said executive vice president Robert Barletta, who oversees the agency’s food and beverage practice.  “We are excited to partner with Bono and help make their products the go-to choice for U.S. consumers looking for an authentic Sicilian food experience.”

Reflecting the firm’s momentum in the Food and Beverage space, Marino recently announced its status as the new agency of record (AOR) for McDonald’s New York Metro Region, representing almost 100 franchisees and nearly 600 restaurants throughout the Tri-State area.

In 2017, the agency also spearheaded the successful launch of Rosé All Day on behalf of Biagio Cru & Estate Wines, which received widespread media attention including features in Cosmopolitan and Refinery 29.  In addition, Marino also is serving as the AOR for culinary landmarks Chelsea Market and Industry City, as well as Hotel Hugo and Azul on the Rooftop in lower Manhattan.

The company also produces Organic Sicilian blood orange, orange and lemon marmalades made with fresh fruit, as well as Nocellara Del Belice olives, which are cultivated exclusively in their native environment in Castelvetrano, Sicily

“Every day, more and more Americans are discovering and embracing our authentic and certified extra virgin olive oils, as well as our exquisite olives and marmalades,” said Salvatore Russo-Tiesi, Bono’s General Manager and Director in the U.S. “With Marino’s proven record as a strategic marketer, we are certain they’ll be playing a key role in our continued growth and success.”

Marino – founded in 1993 – has represented other food and beverage clients including Morton’s The Steakhouse, Castellani Wines, The Central Park Boathouse the NYC Hospitality Alliance, and Numero 28 Pizza.

Marino was named one of the nation’s top PR firms by The Observer in 2017.

Marino is a full-service strategic communications firm that serves a broad client roster and is home to a talented, committed and diverse team of communications professionals and digital strategists in New York, Los Angeles, and Boston. Celebrating its 25th anniversary in 2018, the company has represented various clients spanning a full spectrum of market sectors. Marino develops and implements comprehensive, 360-degree communications strategies that provide clients with demonstrable returns on their investments and advance specific organizational objectives.