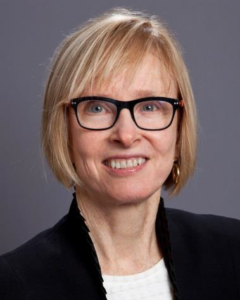 Update on What Wealth Advisors, Legal Advisors, and Globetrotters Need to Know

If you’re a foreign national with ties to New York, you may own an apartment or a house, or have bank and investment accounts located here. Whether you are an individual who bought an apartment for a child in college or an art aficionado getting an appraisal from Christie’s or Sotheby’s, it is worth considering what happens to these assets on death. How do the next of kin or beneficiaries get access to the property? What are the tax consequences?

How will my family and beneficiaries get access to my assets?

When a foreign national dies owning a New York apartment containing tangible personal property such as artwork (held in his or her own name), no one is authorized to enter that apartment until a New York Court appoints someone to be in charge of the estate. If you should die in your New York City pied-à-terre, the police will remove the body and physically seal the apartment as if it were a crime scene. To gain access, your family or loved ones will have to petition the local court to get the apartment unsealed.

The process of gaining access to your assets begins in the country where you were domiciled. Remember that “domicile” in this context means living in a country with the intent to remain indefinitely. It is not determined by facts such as number of days physically present in the U.S. (used to determine domicile for income tax purposes, but not estate tax purposes). For clarity, I’m using “foreign national” to describe a person who is not a U.S. citizen, who resides in a country outside the U.S. and intends to live there permanently.

Your foreign will, if you have one, will probably need to be submitted to the appropriate authority in your country to confer legal authorization on the will (called “probate” in the U.S.). That process also identifies who is entitled to collect and distribute the estate’s assets located in your country. In New York, the person with this authority is called the Executor, but in many countries this role may be played by heirs who have certificates of heirship and distribution decrees.

The person having the legal right to collect the assets in the foreign country (once he or she has obtained that authority) may then begin the process in New York. That person presents a petition to a New York Court to approve the proceedings in the foreign country and appoint an ancillary executor (or administrator) in New York to be in charge of the estate’s New York assets. This process is called ancillary probate if you died with a will or ancillary administration if you died without a will. You will want to engage a New York attorney to handle it.

An “ancillary” proceeding is one in which a New York court reviews the authenticated record of any proceeding or documentation from your home country that proved the validity of the will or the intestacy process (if you died without a will). If a court determines that all of these 2

authenticated documents are valid, it will appoint a person domiciled in New York (previously selected by the person designated in your home country) to be responsible for the New York estate including paying the New York debts, state and federal estate taxes and expenses of administering the estate. Your family member or beneficiary must complete this sequence of events before any property in the New York estate can be distributed. If you own real estate in Miami as well as New York, your beneficiaries will have to bring ancillary proceedings in both states. And each state has its own laws governing the validity of wills, inheritance under intestacy and ancillary probate and administration proceedings.

When is ancillary probate or administration unnecessary?

Cooperative apartments (but not condominium apartments or other real estate), bank and investment accounts are considered by New York to be intangible property located where the foreign national is domiciled. Nevertheless, management companies for coops, and certain banking institutions may still refuse to transfer the assets and insist that a foreign national’s family go through an ancillary probate or administration proceeding first so that there will be a court appointed person in New York responsible (and liable) for the New York estate assets.

A major exception: ancillary probate (or administration) will generally not be necessary when assets such as real estate, art and tangible personal property are held in an entity such as an LLC, trust or corporation.

To complicate matters, the estate tax consequences of owning intangible assets such as a cooperative apartment (a/k/a coop) by a foreign national are different under New York State and federal law. The difference pivots on the “situs” of the asset under the two sets of laws. A coop is held via (i) shares of stock in a corporation that legally owns the building and (ii) a proprietary lease on the apartment from the corporation to the shareholder owner. The shares of stock and the lease are considered to be intangible property. New York State deems intangible property to 3

What happens if the property is held by an entity rather than an individual?

Many people hold real estate (and tangible personal property such as art work) in a trust, LLC or corporation rather than in their own name. Whether an entity (or the real estate it holds) is taxable for estate tax purposes depends on the type of entity involved, the tax elections made by the entity (pass-through or not) and other factors including how the property is being used (personal or business). The permutations are numerous and you need a plan that fits your situation and your property. The dollar stakes can be large.

The possible magnitudes can be seen from a few examples of estate tax treatment of U.S. situs property held by a foreign national at death (dollar estimates are rounded to thousands for clarity).

Example 1 A foreign national from a country that does not have an estate tax treaty with the U.S. dies owning a condominium apartment in New York titled in his name alone. The value of the property on the date of death is $6,000,000. The foreign national is permitted to exclude $60,000 of U.S. situs assets from federal estate taxes. That means that $5,940,000 is taxable. The resulting federal estate tax would be about $2,135,000.

Example 2 Let’s say the same foreign national owns the same apartment as above ($6 million condo), but he or she decorated it with art work totaling another $6 million in value. The total value of the New York estate is now $12 million. The foreign national’s estate can exclude only $60,000, so the taxable estate is $11,940,000. The federal estate tax would be $4,178,080.

Therefore, on this foreign national’s death, he will owe federal estate tax on $12 million in the amount of $4,178,080. He will owe no New York State estate tax, because New York does not tax intangible property.

The Table below summarizes the estate tax results for a foreign national from a non-treaty country in Examples 1-4:

Susan Rothwell is a member of Dunnington Bartholow & Miller’s estates, trusts and private clients practice area, as well as its charitable, not-for-profit and religious institutions practice area. She advises clients on estate and tax planning for wealth preservation and prepares wills, trusts and other vehicles to achieve client goals. She assists clients with strategies to protect assets, minimize taxes and transfer wealth to future generations. For clients who wish to make charitable donations, she advises on strategies that benefit the charity while maximizing tax benefits to the donor.

To avoid the financial and emotional costs of litigation, Ms. Rothwell works closely with clients to manage conflict among family members. She also works with Executors and Trustees on tax, fiduciary and estate administration matters. She provides assistance to small business owners with estate and succession planning. In the not-for-profit area, she counsels clients on exempt status, planned giving and tax issues. Ms. Rothwell is a frequent lecturer and writer on estate planning topics.

She is a member of the Mediation Committee and the Trusts and Estates Law Section of the New York Bar Association and a member of the Surrogate’s Court Committee of the New York City Bar Association. She received her Juris Doctor degree from Columbia Law School and an LL.M. in Taxation from New York University School of Law. She also received a Master of Business Administration and a Bachelor of Arts degree from Columbia University.